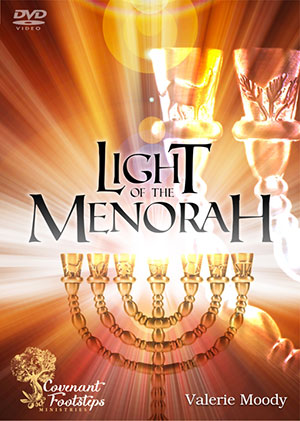 The First Light of Creation was supernatural, and existed before the sun, moon, and stars (Genesis 1:3). The Menorah at the Temple exalted the First Light. Its miraculously burning lamp never went out. But, when the Messiah began His earthly ministry, the supernatural lamp on the Menorah stopped burning. Today, the First Light resides in you.

Since the First Light preexists the sun, moon, and stars, it remains after the heavenly bodies are shaken (Matthew 24:29). In the same way, your light shines, no matter what comes in the days ahead. This study examines what hinders our ability to shine the First Light. It considers the conflicting designs between the Tabernacle Menorah and the Second Temple Menorah, and explains the dangers of ignoring God’s design.